Wow. Check out this seriously good area concert lineup through Labor Day, when and where:

August 4 – Leon Bridges  It’s always great to see a local artist make it big, and Leon Bridges has been making us proud for many years now. Breaking out in 2015 thanks to his debut album, Coming Home, and the hit song off that album, “River,” Bridges has been making friends all over the music landscape ever since. He’s made two EPs with Houston trio Khruangbin, 2020’s Texas Sun and 2022’s Texas Moon, which sandwiched his third album, 2021’s Gold-Diggers Sound. He’ll play at The Pavilion at Toyota Music Factory.

August 14 – The Weeknd  It’s been a long journey for The Weeknd to finally get back in front of his fans in Dallas-Fort Worth. He was supposed to play shows in both Dallas and Fort Worth in 2020 as part of his “After Hours” tour, but the pandemic and then a change in tour plans canceled both of those, replaced by this huge show at AT&T Stadium. He’s got plenty of material to work from, as he released After Hours in 2020 and DAWN FM earlier this year.

August 23 – Lady Gaga  With Lady Gaga’s movie career going gangbusters in the past few years, you might think her music career would get short shrift. But she’s been as busy as ever on that front, releasing both Chromatica, a solo album, in 2020, and Love for Sale, a duets album with Tony Bennett, in 2021. A star of her stature deserves a bigger stage, and she’ll get it in this concert at Globe Life Field in Arlington.

August 30 – Duran Duran  We’ve seen a good amount from Duran Duran in recent years, as they played in Dallas in both 2016 and 2017. But this will be their first concert at Dickies Arena in Fort Worth, which is reason enough to put them on this list. You may think they’re strictly a nostalgia act, playing all their hits from the ’80s, but they’ve released six new albums in the 21st century, including Future Past in 2021.

September 3 – Imagine Dragons  Just eking in before the unofficial end of summer, Labor Day, will be one of the biggest bands of the last 10 years, Imagine Dragons. The band out of Las Vegas will come to Dos Equis Pavilion on the heels of the release of Mercury – Act 2, the sequel album to 2021’s Mercury – Act 1. Singles off those albums haven’t reached the stratosphere like “Radioactive,” “Thunder,” and “Believer” did, but when you have songs like those to get fans’ hands in the air, you don’t need much else. 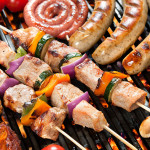 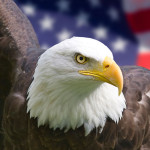