A Bite Out of History 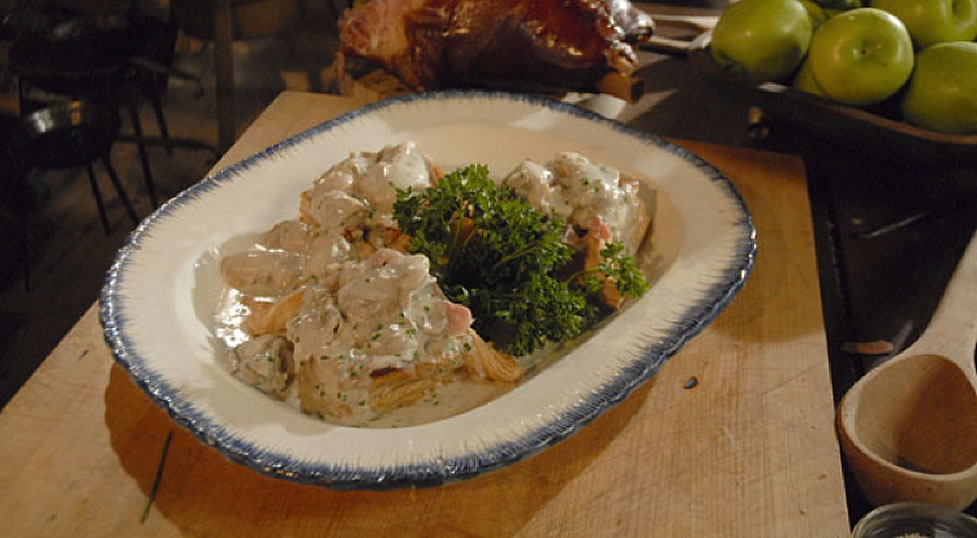 In observance of Constitution Day, let’s explore what the founding fathers ate. What’s in it? A recipe helps us understand a bit more about one’s personality and preferences. For instance, George Washington was one of the only founding fathers to run an estate with financial success. He was a general, diplomat, farmer, distiller, and much more. He enjoyed the varied tastes of his many careers, from porter made in the battlefield to cherries from his orchards at Mount Vernon. As one of the richest landowners in Virginia, and in the nation, he had access to exquisite delicacies, but his health limited enjoying some of them. As many people know, George Washington wore dentures, and he preferred to eat soft things, such as cornmeal “hoecakes” swimming with butter and honey, puddings and soups. He also fancied sturgeon, caught from the nearby Potomac River.

John Adams preferred simpler food, the cuisine of a New England farmer. Even when working in Philadelphia to establish our nation, he preferred a humble boiled dinner and hard cider. His wife, Abigail remained on the farm for most of the time Adams was away, and she managed her children and the crops. She made apple pandowdy and other treats from this New England harvest.

Thomas Jefferson was America’s first epicurean! His vast curiosity of cuisine led him to eat incredible dinners at home in the White House and at Monticello! He personally made sure his cooks were trained in French methods and could make technically difficult dishes, such as French sauces, creamy entrees, crème brulee and ice cream. Jefferson introduced many new edible crops into America, including tomatoes, rice, soybeans and a recipe for tofu!

James Madison is perhaps most famous in culinary terms because of his wife, Dolley. She held parties in Washington and at their home, Montpelier, with great displays of food, tea, wine and refreshments. James was a quiet politician who fastidiously studied the law and contributed much to America’s establishment, but not as much is known on his preferences at the dinner table. Perhaps his wife’s notes on cooking and party hosting overshadowed James tastes, or where perhaps tailored to them. They dined on southern classics, such as Hoppin’ John and Virginia Ham and Potomac River oysters mixed with more elegant and worldly dishes, such as vol au vent pastries and veal fricassee.

James Monroe, another Virginian, preferred simpler cuisine and often ate what was grown on his plantation that neighbors Monticello. His mansion was much smaller than Montpelier or Monticello. Madison had a taste for sophisticated cuisine that he tasted while working abroad as a diplomat, but sadly, his family was often nearly bankrupt. He started the tradition of Presidential china – because he ordered it on the government’s dime. He wanted to impress guests with high-quality dishes, but couldn’t supply them from his own wages, so the federal government picked up the bill and the custom. Lake perch was a common fish in the lakes near Monroe’s home, and a staple dish at their dinner table.

This ham and oyster combination dish was served all over Virginia in Constitution-era days. Oysters traveled very well, especially in cooler months. While Colonial cooks would have used whole oysters, it takes practice and a steady hand to shuck them, so home cooks should buy them ready to cook. Frugal 18th Century cooks would have made this with leftover ham, but this recipe uses a new ham and requires 3 days of advanced preparation so please plan accordingly.

This recipe may well have birthed the colonial adage “living high on the hog,” referencing the best and most expensive cuts of ham taken from the upper part of a pig’s haunch. Enjoy!

Reference material taken in part from the following sources: pbs.org, Recipe and photo courtesy of: Chef Walter Staib, “A Taste of History”

Previous post We've Raised the KNU Membership Bar, Thanks to You! 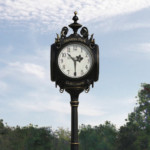