May 30th marks Memorial Day, replete with a vacation day and play, and often overlooked freedoms enjoyed! A family-friendly way to celebrate and honor those who have served our country, given their lives for our freedom and since passed, is to visit a local cemetery or national cemetery in your area and put a flag, flower or personalized note on a marked gravesite. Look for a headstone or gravesite marker that references a person’s rank and era served (i.e. Sgt. US Army World War II), or a medallion that denotes a branch of military service. It’s an opportunity to engage the family in the original ceremonial acts that defined the inception of Memorial Day. More information at the Department of Veteran Affairs.

Early observances of Memorial Day (formerly known as Decoration Day) began in the late 1860s following the Civil War, which claimed more lives than any conflict in U.S. history and prompted the establishment of the first national cemeteries. In 1966 the federal government declared Waterloo, New York, the official birthplace of Memorial Day. Waterloo – which had first celebrated the day on May 5, 1866 – was chosen because it hosted an annual, community-wide event, during which businesses closed and residents decorated the graves of soldiers with flowers and flags.

Early underpinnings of Memorial Day was Decoration Day, founded by General John A. Logan in 1868 who was then leader of an organization for Northern Civil War veterans. He designated May 30th a nationwide day of remembrance “for the purpose of strewing with flowers, or otherwise decorating the graves of comrades who died in defense of their country during the late rebellion, and whose bodies now lie in almost every city, village and hamlet churchyard in the land.” On the first Decoration Day, General James Garfield made a speech at Arlington National Cemetery, and 5,000 participants decorated the graves of the 20,000 Union and Confederate soldiers buried there.

During World War I the United States found itself embroiled in another major conflict. Decoration Day gradually became known as Memorial Day, as the holiday evolved to commemorate American military personnel who died in all wars. In 1968 Congress passed the Uniform Monday Holiday Act which established Memorial Day as the last Monday in May, creating a 3-day weekend for federal employees; the same law also declared Memorial Day a federal holiday.

Reference material taken in part from the History Channel. 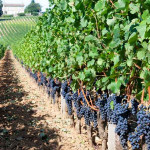 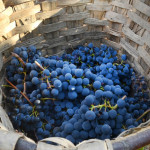