American Eagle Day is a US holiday observed on June 20th, honoring our national symbol the bald eagle. The bald eagle became the national bird in the late 18th century when it was placed on the Great Seal Of the US.

In the 20th century, the eagle was teetering on the brink of extinction. Conservation efforts have ensured the health and population of the bald eagle, although human activity poses continuing threats. American Eagle Day is vital to renewing awareness of the plight, majesty, and grandeur of this national treasure, and enlisting young Americans in conservation pursuits.

How can you take part in American Eagle Day? Many volunteers sign up with the American Eagle Foundation to clean up trash, fishing hooks, tires, and other things that end up damaging the ecosystems that the American bald eagle depends on. People can also spread the word about this holiday and help the eagle conservation effort by using the hashtag #NationalAmericanEagleDay on their social media accounts.

This holiday was first established by a proclamation made by US President Bill Clinton in 1995, followed by a US Senate-passed resolution in 2007. 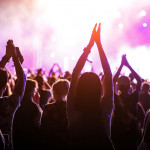 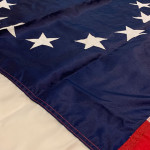 Next post The Grand Ole Flag by design
0 Shares