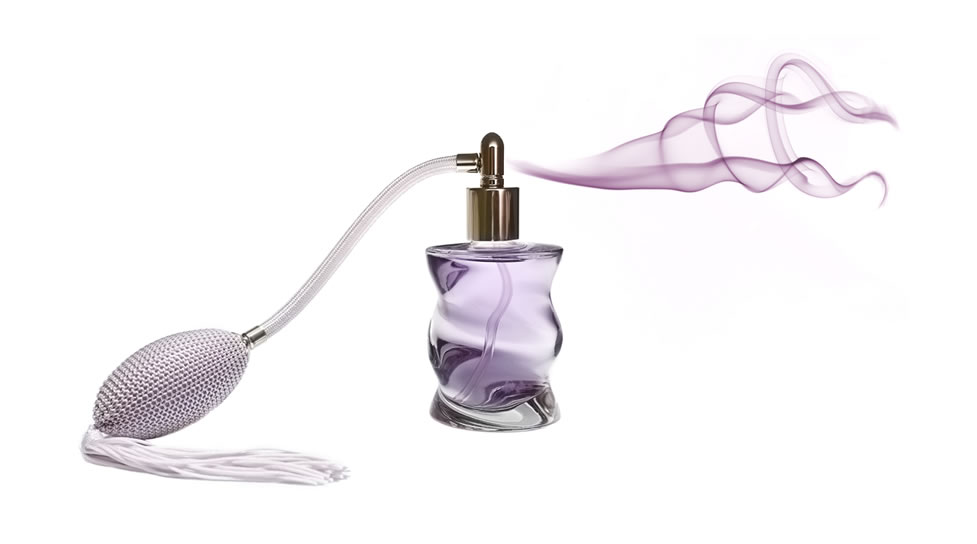 You love that certain scent and pay dearly for it, but do you know the strange perfumery history that spans the ages? The predecessor to your fragrant spray used chemicals derived from the rear ends of dead cats, the Crusades, “god sweat,” scented feet, the Plague and whale vomit. Lovely! Let’s now ponder the influential ancient origins of perfume.

Egypt
The Egyptians used it for both ceremonial and beautification purposes They even had a god of perfume, Nefertum, who wore a head dress made of water lilies (a chosen perfume ingredient of the time). Archaeologists have also uncovered many Egyptian recipes and prescriptions for perfume-making. If you were a king or other person of high status a potion was smeared on you in the form of fragrant scented oil. Poor folks didn’t have access to the perfume counter! The University of Bonn is currently trying to recreate a pharaoh’s perfume from 1479 BC, based off its desiccated remains found in a container. It’s purported to be sticky and smell heavily of river botanicals and incense. Egyptians imported huge amounts of perfume ingredients from Punt, a region of Africa which specialized in aromatic woods and myrrh — so much so that the perfume trade was a big part of international relations for both regions.

Persia
The ancient Persian royal class also invested in perfume. It was commonplace for kings to be pictured with perfume bottles in Persian art. The legendary rulers Darius and Xerxes are shown in one relief sitting comfortably with their perfume bottles and holding perfume flowers in their hands. Burberry and that hot contracted brand model of yours, eat your heart out! The Persians dominated the perfume trade for hundreds of years, and many believe that they invented the distillation process that led to the discovery of base alcohol. One thing we do know for sure is that Avicenna, the Persian doctor, chemist and philosopher, experimented extensively with distillation to try and make better scents, and was the first to figure out the chemistry behind perfumes that weren’t oil-based.

Rome and Greece
Because so many ancient Roman and Greek perfume recipes have survived, we can recreate ancient perfumes in our modern era. The ancient Greeks and Romans carefully documented their perfume-making processes. In fact, there’s even a mural in a perfume-maker’s house in Pompeii documenting the process of making Greco-Roman perfumes: first, oil was made by pressing olives; then ingredients like plants and woods were added to the oil using meticulous scale measurements from a recipe; finally, they were left to “steep” — that is, the ingredients were left in the oil so that the oil could take on its scent — before being sold. The world’s oldest perfume factory was unearthed in Cyprus in 2007 — the mythological home of Aphrodite, goddess of love. The cult of Aphrodite’s strong cultural link to perfume meant that this perfume factory was probably supplying scents for the temples and worshippers. It is estimated that by 100 AD Romans were using 2800 tons of frankincense a year, and perfume was used in beauty products, public baths and even on the soles of feet.

China
The ancient Chinese relationship with scent didn’t really focus on the body. They used burning incense and fragrant materials for disinfection and purity, as it was believed that they could eliminate disease from rooms. While scented flowers were a part of traditional gardens, and mandarin oranges were once used by noblewomen to scent their hands, it seems that for centuries, wearing perfumes on your body wasn’t necessarily the en vogue in China. Perfume eventually creeped onto bodies in ancient China. According to Chinese chemistry historians, the period between the Sui and the Song dynasties was rife with personal perfumes, when nobles competed for the best scents and importing ingredients via the Silk Road. By the Qing dynasty (1644-1912), the emperor seems to have carried a “perfume pouch” year-round, an adaptation of the traditional pocket pouch that brought good luck. The Chinese perfume ingredients were distinctly multi-purpose and used in food and medicine.

Medieval Europe
Anybody who was anybody in Europe from the 1200s to about the 1600s, you carried a pomander — a ball of scented materials, kept inside a lovely open case, and used to ward off infection and keep the air clean. Medieval Europeans literally thought that bad air could make you sick. This theory of miasma, which postulated that diseases were thought to be suspended in badly scented, unhealthy air, sought the help of these life-saving little baubles and charming accessories.

The whole idea of this portable perfume seems to have popped up in the Middle Ages after Crusaders, returning from holy wars in Arabia, also brought back their enemies’ perfume-making secrets. Even though the idea of personal oil-based perfumes didn’t catch on, they discovered that civet, castor, musk, ambergris and other animal-based products made great bases for scents, and they carried scent bags or sachets to perfume their clothes. An alcohol-based perfume was created in this period, too: it was known as Hungary Water, because it was believed to have been created for the Queen of Hungary during the 14th century and involved distilled alcohol and herbs (probably rosemary and mint).

1400-1500s Italy
A serious breakthrough in perfume production came in medieval Italy, when they discovered how to create aqua mirabilis, a clear substance made of 95 percent alcohol and imbued with strong scent. And thus, the liquid perfume was born. After this invention, Italy — Venice in particular — became the center of the world perfume trade for several hundred years. If there’s one person who brought Italian perfume to France and the rest of the world, it was Catherine de Medici, who as an Italian bride wed to the French king had her own perfume made up for her by her Italian parfumier, Rene le Florentin (Rene the Florentine) – a scented water with bergamot and orange blossom. He also created musk and civet-scented gloves for her, which were a sensation. How poetic, given that Catherine was accused of murdering people with gloves daubed with poison!

From there, things accelerated: after a brief dip in perfume popularity in repressed Victorian England, synthetic compounds began to be discovered in the late 1800s, and the modern perfume industry was born.
Hail, hail to Miss Dior, Chanel No. 5, Coty and Guerlain.

Previous post A Historical Salute to the Service and Sacrifice of our Veterans… We Thank you!!! 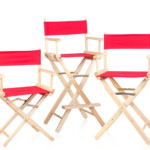