In celebration of National Apple Cider Day on November 18, let’s re-acquaint with this classic fall drink and forbidden fruit steeped in history!  It’s a mainstay at farmers markets and festivals, and the leaded version can also be ordered at the bar. In fact, the boozy cider is truest to the drink’s earliest form, with roots dating back millennia.

Until recent history, apples weren’t for eating. They were just too bitter. Folks would press them for the juice and leave it to ferment, letting it bubble away until it turned into hard cider.

Evidence of apple trees growing along the banks to the Nile River can be found dating back to about 1300 B.C., but there’s no evidence that ancient Egyptians ever used them for cider. Considering how much the Egyptians enjoyed beer as one of the first cultures to brew it, they did have some notion of the joys of fermenting alcoholic beverages.

What is clear about cider is that once the drink caught on, it spread fast. By the time the first Romans sailed to the British Isles in 55 B.C., the locals were drinking a cider-like drink made from apples. The drink caught on, and cider spread throughout the Roman Empire and across Europe. The Normans, who conquered England in the 9th century, were so enamored by the brew that they cultivated apple orchards and coined the word “cider” into the English language.

Europe and the Mediterranean aren’t the only places with an abiding love for cider.  The early colonists brought it with them to the Americas. While beer was more popular across the pond at the time, the first Europeans to settle in the colonies had a hard time growing grains and barley needed to brew it. Apples grew easily in New England, making cider the perfect alternative.

Apples can grow easily by grafting branches onto existing apple trees, so colonial New England quickly embraced the apple tonic. It was very different from the dark brown, syrupy-sweet drink found at the farmer’s market of today. The cider was boozy, making it safer to drink than available water and full of nutrition to get them through the hard winters. According to Serious Eats’ Chris LeHault, there was even a less-alcoholic variation brewed for children called “applekin.”

As for that famous apple farmer, Johnny Appleseed? The orchards he planted across the United States were originally intended for cider suppliers, not pie bakers.

Over the centuries, cider’s popularity began to wane. Waves of immigration from Germany and eastern Europe that settled in the Midwest brought a deep love of beer. The region was much more friendly to growing grains and hops than the Atlantic coast. The biggest blow came in the form of Prohibition, which wiped out nearly all American cideries for decades.

True to its roots, ciders are making a comeback. 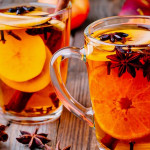 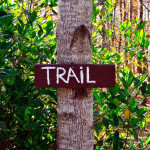