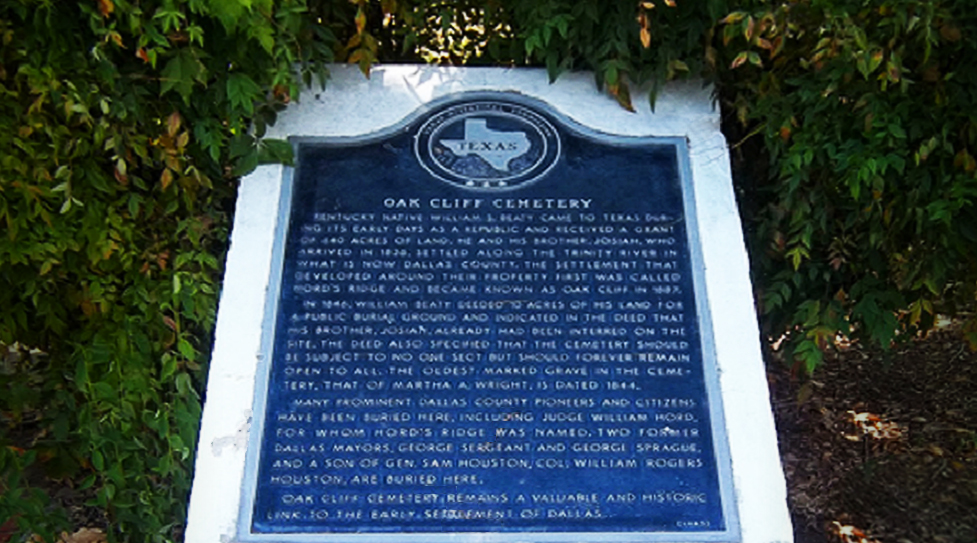 The oldest public cemetery in Dallas County is located right here in Oak Cliff, and dates back to the 1830s when Kentucky native and settler William Beaty staked his home in the Texas Republic in the vast wilderness shading the Trinity River. Soon after the Battle of the Alamo, Beaty settled on a 640-acre tract of land, and in 1846 deeded 10 acres of his original stake to be used for burial purposes for the new settlement and as a resting place for his beloved brother. The oldest marked grave is that of the infant Martha Wright, who died on July 16, 1844. Martha was the daughter of John W. and Sarah Wright, the third child not of American Indian descent born in Dallas County.

In the 1940s, the Oak Cliff Cemetery fell into disrepair. The Oak Cliff Cemetery Association was formed in the1950s to come to its aid. Trustees still upkeep the common areas, and individual families maintain their own family lots. Cemetery lots have not been for sale for decades, burials are rare and only conducted when a surviving member of a long-standing family plot passes on.

The lush grounds, grave markers and emblazoned epithets provide visitors and history buffs with a glimpse of yesteryears. The cemetery is located at 1300 East 8th Street. See map.

It’s a frightfully good time of year to visit with its residents! 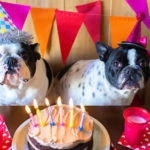 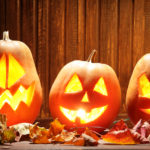