August 7th marks the observance of Purple Heart Day. The Purple Heart is a medal awarded to any member of the U.S. armed forces who are either wounded or killed in combat. This day is meant to honor the immeasurable sacrifices these Americans made for our country, and provides a wonderful opportunity to reach out to Purple Heart recipients, their family, friends or loved ones.

The Purple Heart is one of the most recognized and respected medals awarded to members of the U.S. armed forces. It is the nation’s oldest military award, originally introduced as the “Badge of Military Merit” by General George Washington in 1782. In military terms, the award had “broken service,” as it was ignored for nearly 150 years until it was re-introduced on February 22, 1932, on the 200th anniversary of George Washington’s birth.

On August 7, 1782, from his headquarters in Newburgh, New York, General George Washington wrote:

“The General ever desirous to cherish virtuous ambition in his soldiers, as well as to foster and encourage every species of Military merit, directs that whenever any singularly meritorious action is performed, the author of it shall be permitted to wear on his facings over the left breast, the figure of a heart in purple cloth, or silk, edged with narrow lace or binding. Not only instances of unusual gallantry, but also of extraordinary fidelity and essential service in any way shall meet with a due reward. Before this favour can be conferred on any man, the particular fact, or facts, on which it is to be grounded must be set forth to the Commander in chief accompanied with certificates from the Commanding officers of the regiment and brigade to which the Candidate for reward belonged, or other incontestable proofs, and upon granting it, the name and regiment of the person with the action so certified are to be enrolled in the book of merit which will be kept at the orderly office. Men who have merited this last distinction to be suffered to pass all guards and sentinels which officers are permitted to do. The road to glory in a patriot army and a free country is thus open to all. This order is also to have retrospect to the earliest stages of the war, and to be considered as a permanent one.”

For unknown reasons, the medal apparently was not awarded again. In fact, it was not until October 1927, after World War I, that General Charles Summerall proposed that a bill be submitted to Congress to revive the “Badge of Military Merit.” In January 1928, the Army’s Office of The Adjutant General was instructed to file the materials concerning the proposed medal. Among those materials was a rough drawing of a circular medal disc with a concave center on which a raised heart was visible. Engraved on the back of the medal was “For Military Merit.”

In January 1931, General Douglas MacArthur, Summerall’s successor as Army Chief of Staff, resurrected the idea for the medal. Miss Elizabeth Will, an Army heraldic specialist in the Office of the Quartermaster General, was assigned the task of designing the medal according to some general guidelines provided to her. The Commission of Fine Arts obtained plaster models from three sculptors and, in May 1931, selected the model produced by John Sinnock of the Philadelphia Mint.

On February 22, 1932 — the 200th anniversary of George Washington’s birth — the War Department (predecessor to the Department of Defense) announced the establishment of the Purple Heart award in General Order No. 3:

By order of the President of the United States, the Purple Heart established by General George Washington at Newburgh, August 7, 1782, during the War of the Revolution, is hereby revived out of respect to his memory and military achievements.

Prior to Executive Order 9277 by President Franklin D. Roosevelt in December 1942, authorizing the award of the Purple Heart to personnel from ALL of the military services (retroactive to December 7, 1941), the medal was exclusively an Army award. The Executive Order also stated that the Purple Heart was to be awarded to persons who “are wounded in action against an enemy of the United States, or as a result of an act of such enemy, provided such would necessitate treatment by a medical officer.”

In November 1952, President Harry S. Truman issued an Executive Order extending eligibility for the award to April 5, 1917, to coincide with the eligibility dates for Army personnel.

President John F. Kennedy issued Executive Order 11016 in April 1962 that further extended eligibility to “any civilian national of the United States, who while serving under competent authority in any capacity with an armed force…, has been, or may hereafter be, wounded” and authorized posthumous award of the medal.

Executive Order 12464 signed by President Ronald Reagan in February 1984, authorized award of the Purple Heart as a result of terrorist attacks or while serving as part of a peacekeeping force subsequent to March 28, 1973. The 1998 National Defense Authorization Act removed civilians from the list of personnel eligible for the medal.

The Purple Heart is ranked immediately behind the bronze star and ahead of the Defense Meritorious Service Medal in order of precedence.
The Purple Heart’s modest back inscription “FOR MILITARY MERIT” is a humble reminder of the many unsung heroes, the routine valor and courage demonstrated without applause, and that still small voice calling to serve.

Did you know? The American flag patch on the U.S. Army uniform is backwards, to symbolize carrying the flag into battle.

Reference material taken in part from the following sources: U.S. Department of Veterans Affairs, and The History Channel 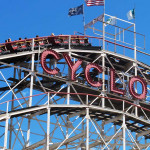 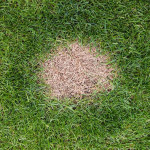 Next post KNU grounds update and other news….
0 Shares