Thanks to Your Support, We Reached the Top Step 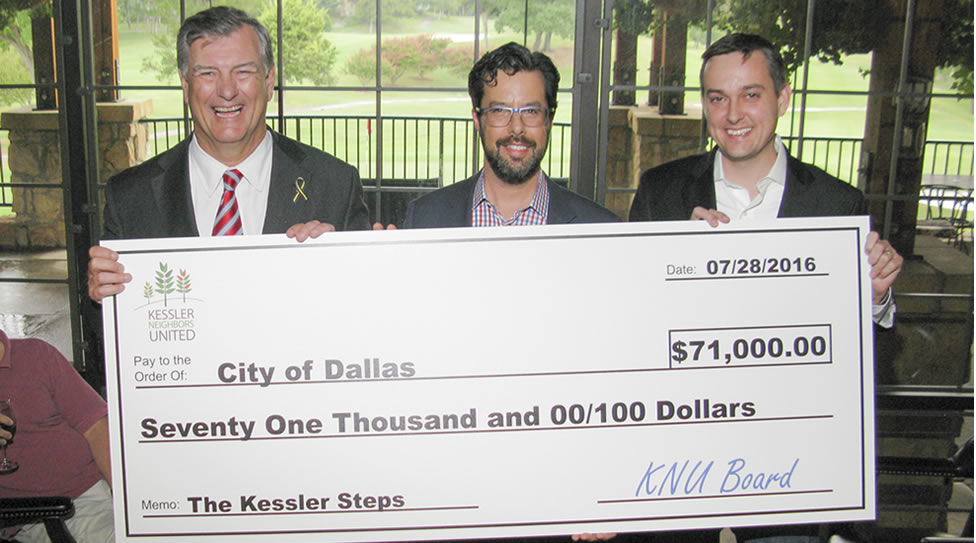 After a long climb and a successful marketing campaign marked by neon orange signs with the simple slogan “Save the Steps”, neighborhood organizers realized their goal with a $71,000 donation made to the City of Dallas on July 28, 2016. After its launch, organizers asked KNU to adopt the campaign and placed it under the KNU Beautification Committee chaired by Cindy Pierce. KNU received donations from neighbors throughout North Oak Cliff and Greater Dallas. Interest in this historical landmark feature was widespread, including a site visit by former First Lady Laura Bush.

The first step in the restoration process is to analyze the site and develop a comprehensive plan, encompassing functional and landscape design. The City hopes to have the steps open for public use in 2017. The KNU Board would like to recognize the community organizers Charles Hatfield, Susie Moody, and Ron Veech, who played an instrumental leadership role in raising awareness and money for the cause.

We will keep you posted on any new developments as they happen! 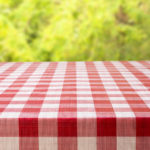 Previous post The Table is Set for the Annual KNU Picnic 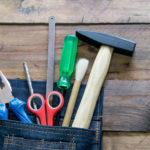