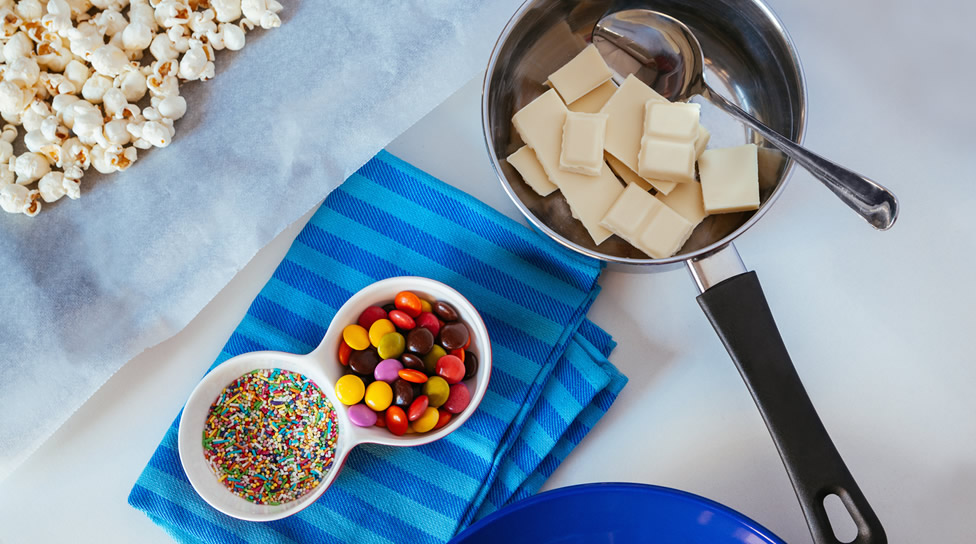 A movie-goer’s staple is popcorn. It’s ceremonial, coveted and oh so satisfying. It punctuates a good thriller when unsuspecting viewers hurl it into flight. It has seen many film genres, and homemade takes and concoctions. It is served salted, peppered, sweetened, drizzled and paired with candies and nuts and just about anything from hot sauce and cheese to sweetened condensed milk and spices. In celebration of film-making and the arts, we are serving up a popcorn recipe for the sweet tooth. See recipe below.

In the popcorn industry, a popped kernel of corn is known as a “flake.” Popcorn varieties are broadly categorized by the shape of the kernels, the color of the kernels, or the shape of the popped corn. While the kernels may come in a variety of colors, the popped corn is always off-yellow or white as it is only the hull (or pericarp) that is colored. “Rice” type popcorn has a long kernel pointed at both ends; “pearl” type kernels are rounded at the top. Commercial popcorn production has moved mostly to pearl types. Today both shapes are available in both colors, as well as others including black, red, mauve, purple, and variegated. Mauve and purple popcorn usually has smaller and nutty kernels. Commercial production is dominated by white and yellow kernels.

Popcorn as a breakfast cereal was consumed by Americans in the 1800s and generally consisted of popcorn with milk and a sweetener. It was first served in theaters in the 1930s. Other off-shoots is the popcorn ball, held together with a sugary glue, caramel and other additives.

Pop your popcorn in an air popper or with oil in a covered pan on medium heat. Set aside. Melt butter in a saucepan. Pour butter over popcorn, add candies or other ingredients. Toss. Serve. Refill.

Reference material taken in part from the following sources: Wikipedia 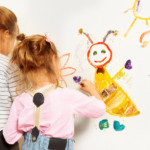 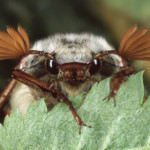