This month’s full moon will appear on September 22nd. It is referred to as a “Harvest Moon” and relates to the timing of the autumnal equinox when the full moon occurs nearest to the equinox. This means that the Harvest Moon can occur in either September or October, depending on how the lunar cycle lines up with the Gregorian calendar. The Harvest Moon typically occurs in September, taking the place of the full Corn Moon. However, it occasionally lands in October and replaces the full Hunter’s Moon.

So, why is it called the Harvest Moon? For several evenings, the moonrise comes soon after sunset. This results in an abundance of bright moonlight early in the evening and traditionally aided farmers and crews harvesting their summer-grown crops. Hence, it’s called the “Harvest Moon.”

There are just a little over 12 complete moon cycles every year on average. The Harvest Moon isn’t like the other moons that rise an average of 50 minutes later each day. But for the few nights around the Harvest Moon, the moon seems to rise at nearly the same time for several nights in a row.

Keep your eye on the sky for the Harvest Moon spectacular!

Reference material taken in part from the following sources: almanac.com 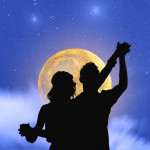 Previous post On this Harvest Moon, let’s go dancin’ in the light 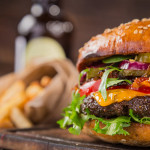