What’s Up with those Pesky June Bugs

Here they come! June bugs are on the rise, and fittingly so. They get their name from emerging in great quantities in the month of June. They are also referred to as May beetles (leave it to the early risers), or genus Phyllophaga. There are 300 species of beetles belonging to the plant-eating sub-family Melolonthinae, and share genetic roots with the Egyptian Scarab. These red-brown beetles commonly appear in the Northern Hemisphere during warm spring evenings and like the limelight, literally. (You can stop the invasion by turning off porch and other outside lights.) They are oval, stout, and have clubbed antennae with segments that can press tightly together or can be fanned open like a feather, measure up to 1 inch in length, and are hairy little buggars down under! They go through four stages of development: egg, larva, pupa and adult. The larva lives in the ground for 2-3 years before surfacing to become an adult. Adults live less than one year (those that escape the boot or trusty broom). They can destroy crops (e.g., corn [maize], small grains, potatoes, and strawberries), and they can kill lawns and pastures by severing grasses from their roots. The good news is that they are on the menu for toads, lizards and moles, and make excellent fish bate. It’s a great day to throw in a line, you say!?!

Joining the ranks of other summer bugs, is the more desirable firefly, or lightning bug. They are also in the beetle family, love moisture and spring to life when rainfall is plentiful. They feed mostly on snail, slugs and insect larvae. A combination of an enzyme called luciferase reacts with luciferin creating the glow on the abdomen of the firefly. The light is intermittent and it appears that each lightning bug has a unique pattern of lighting. The patterned lights suggest that it is used for attracting mates and deterring predators. At dusk, throw out a blanket, sit back and enjoy an arabesque of light! Rest assured your lawn or plants are not at risk with these little showstoppers.

Reference material taken in part from the following sources: Encyclopedia Britannica, bugfacts.net and the Missouri Department of Conservation. 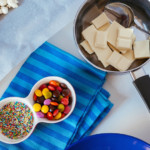 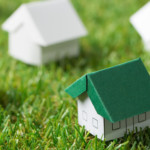